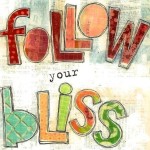 Faith is simply a decision that we can chose to make; the decision that life is good, that good is in us all, that good is the essence of our evolution and that when you come from this perspective, fear dissipates and can even dissolve!  A Darkroom is where we go to develop negatives.  All it takes to destroy the negative is to turn on the light!  I know it is hard to see the good in life when things are going really badly, but here is a story I received last week from an old friend.  It is an example of how this man lives from the faith that there is GOOD pulsing through every situation!
Hi there Judy!  How are you?  I read all the newsletters you send out and thoroughly enjoy hearing of your activities, hikes events, music and fun!  I am great and blissful and enjoying life fully.  Here is a story that I thought you would enjoy!

I was on holiday in Mexico just close to the USA border.

So a few days ago my computer screen was not working so I decided to cross the border from Mexico and go to Best Buy to see if they could fix it, and return the same day.

At the border they looked at my passport, handcuffed me and put me in a cell with about 14 Africans and Haitians. they told me I would most likely be deported back to Canada and barred from the USA for 5 years.

That it would probably take 30-40 days to deport me, and i would be in the cell until I was deported.

After about 20 hours in the freezing cold cell, on the floor with a “holy” blanket and no vegetarian food they brought me for a meeting with an inspector.

The first guy had hardly let me speak, he had read my file and immediately had me handcuffed, but not given any reason, and I could hear the other Customs people saying what is his cause for holding. Eventually I heard them say “Canadian Overstay? meaning that i had been too long in the USA on my visa, which was not true, and I had proof.

The second guy read the docs and I pointed out that I had been given entry on August the 28th and followed the rules and left on the 12th. So he rescinded my  5 year ban to just deportation.

Then I said “Well can I just exit back to Mexico and make my own way back to Canada rather than all the cost of processing, holding and deporting me? I am happy to look after myself.”  They said “No” we cannot put you back into Mexico, that may put you at risk and we would be responsible” That did not make sense…

Then I said ” Well how about I just get my own plane ticket from LA back to Canada?” They said “Yes that is possible, we can parole you and that may work. The Chief Supervisor will decide and she is back in tomorrow.

So back to the cell I went. I was really enjoying chatting the different Africans there about their journeys, some had paid up to $30,000 total, over 2 years to travel from Eretria, Sudan and Ethiopia to South Africa, to fly to Brazil and then walk/ travel from there to Mexico, and spend 3 months in a Mexican jail before catching the 5 day bus ride to Tijuana and the border.  They had very wild stories. I was also enjoying great meditations and doing yoga on my own.

Some of the guards came and asked me about meditation because they had heard me speaking about it. They wanted to know the benefits and what books to read.

I was about to be sent off to the next “prison” when the Chief Supervisor appeared, like some sort of Angel, really! a blond female with a round face, born in England, She was really excited to tell me that she had  had looked at my documents and seen that i had a green card back when I was in Santa Fe, and handed it back in when I moved to Canada because the border people said I had to, but that I had not given to up willingly, so that meant that I was still a US immigrant, and could come and go as I pleased, and that she was astonished that others had missed this and treated me so badly.

Now there are some more records to be checked to ensure that all is ok, but she was saying basically 100% that you are ok and will be given back you green card status. I could have fallen over with speechlessness, This was a remarkable turn of events. She was just cutting through the red tape everywhere including taking all the files that they had developed on my deportation and destroying them. She introduced me to her personal assistant who has scheduled an appointment for me next week to go over the paperwork and get my Green card back on track. She got the $450 fee waived as I was not treated properly.

She then led me back to the border and showed me how to come for the meeting next week without going through the big line up. Gave me a big smile and sent me on my way!

So there you are! What do you think of that?

So, my fellow rhythmatists, choose to see the GOOD in this life.  That is the purpose of our lives, to let GOOD/GOD flow through us always!