On June 15th and 16th I was asked to facilitate two drumming sessions for First Nations. The first circle was for all women and the second circle was for all men. The first day arrived and the women gathered to drum. There was apprehension at first but as the circle progressed the women became empowered and joyful. After each round of drumming there was such laughter and connection. It was playful and so present. The women really got to experience their community in a visceral way. At the end of the session we had a talking circle and the women really opened up about their personal stories, and how glad they were that they came. They all shared that the drumming was healing and a great stress reliever.

The next day was the men’s circle. The difference in the way the men approached it was incredible! Such strength and power in their drumming, and all in unison! They were able to see and understand first hand that the drum connects them to their past, to their ancestors, and gets them to be present. The drum also helped them to connect to their future by sending and intention to their children. The circle was to honor all of the Father’s who were present and who have walked before them. It was a powerful gathering.

Two very different circles, but the outcome was the same, people who come together to drum find exactly what they need! 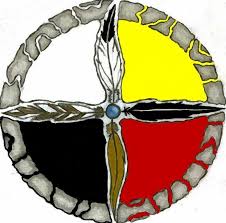 Join us for our sunset tiki torch closing ceremony

Learn to lead your own DRUM CIRCLES! November 11,

What I Fear, I Create. This is just one of the ma

We’ve been loving the last few weeks in the Park