Wow! Circles of Rhythm is alive and well, last week there were five drum circles in five days, all this while our ‘captain’ is taking some time for retreat!  Four out of five of those drum circles were outside, how wonderful! It is so true that listening and playing together becomes so much more important when we drum outside, the sounds can be lost in the air. Friday night at the Inglewood Hall was so special. The rhythm cradle was pure magic receiving the healing vibrations with the direct contact with the earth is something else. Saturday July 20th we were drumming at the Bow River, we had a great turnout, with a short appearance of Julien to get us really going!

A special story to share with you about that day. Jamie was telling about a time when she saw a moth get eaten by a sparrow and what that moth was saying was to ‘PAY attention to the little clues around you in nature.’  Not even two minutes later a white moth was fluttering next to the drum circle. She picked it up and placed it on a didgeridoo in the circle. That little white moth went straight to work and hatched some eggs! When it flew away, the message was delivered. The eggs formed a heart shape! ‘Follow your heart to the home you will find in a drum circle!’ is the message that little white moth delivered for us that day.

Look for signs in your life, they may lead you to a drum circle! 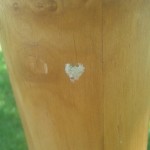 SOLD OUT! Our ICDC Facilitation Training Weekend i

Are you on the journey of Personal Growth and Tran

Everyone, yes - EVERYONE is welcome to join us sta

We're Back! 2021 Drumming in the Park
YouTube Video UCMXXB9kAN3ZlFU4Fep0UEYQ_sf74bXE2eQg